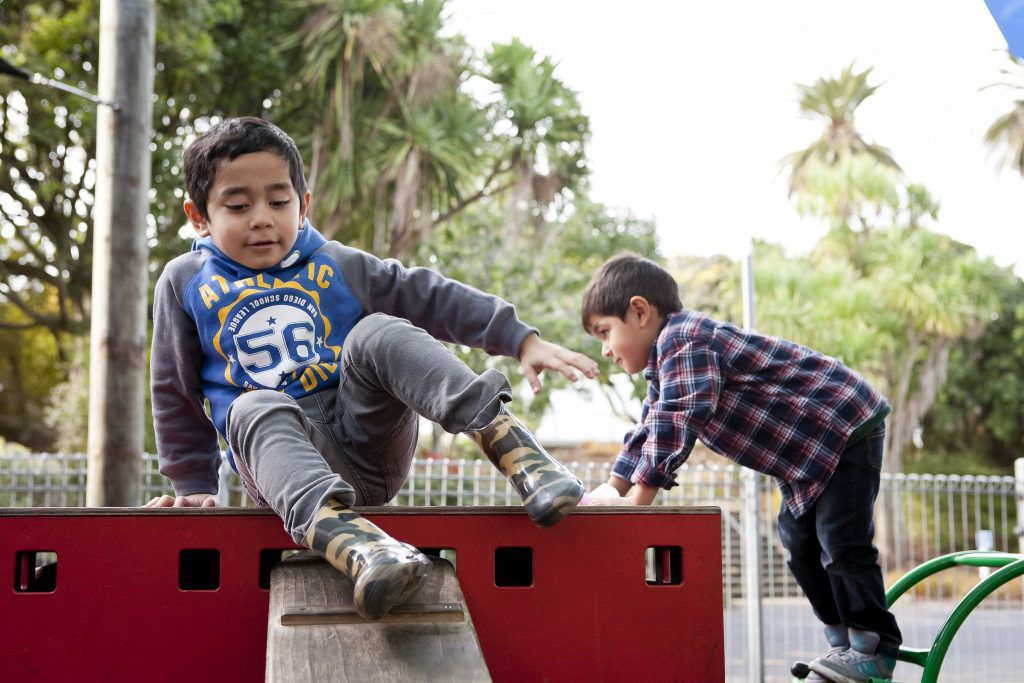 Whether it is a tasty fruit platter on Monday or a healthy vege frittata on Wednesday, children attending Kauri Kids Early Childhood Education (ECE) centres on the North Shore will be eating healthier kai thanks to a new approach.

Over the past six months, The Southern Initiative and Healthy Families South Auckland have been working with Kauri Kids ECE centres in Takapuna, Stanmore Bay, Birkdale and East Coasts Bay to test the Healthy Environment Approach (HEA), a health-promoting initiative across Auckland Council-run leisure centres and its Kauri Kids ECEs.

The initiative has been established in South Auckland since 2019.

Northern ECE operations manager Rebecca Hellowell says the success of HEA with South Auckland Kauri Kids staff was a factor in bringing it into the northern sites.

“Kauri Kids staff want to make sure the children they are looking after are getting the very best when it comes to learning, being active, being happy and being healthy. But to make the right change, we needed to lead it. Healthy Families South Auckland were key in this by ensuring staff were involved in testing and offering support with implementation.”

Paula Albertsma works at the East Coasts Bay Kauri Kids ECE centre and says the early feedback from whanau has been very positive.

“Feedback from whanau during the testing phase showed the changes it was making in the child’s appetite for healthier food. Comments about how their child is now enjoying fruit and vegetables at home have been really great to hear.” says Paula.

“It has also been a good confidence boost to those staff who maybe weren’t used to such food preparation. We want to ensure we are giving the children the very best and this approach has been beneficial to staff in that we now have greater consistency when it comes to food menu and preparation which means less stress.”

HEA involves four principles, including good kai for all, which are designed to make Council supported operations more consistent in their community health response and help Auckland Council be a leading health promotion organisation in Aotearoa.

Healthy Families South Auckland Lead Systems Innovator Winnie Hauraki led the design of HEA in 2018. A focus was made on increasing nutrition for young people by finding ways to reduce sugar, saturated fats and portion size in their meals.

“It also meant supporting staff access to nutritious food and support young people to embrace healthy eating now and into the future. The most effective strategies include improving the supply of healthier food and drink options, environments that support healthier options and reducing the promotion of unhealthy options.”

The Southern Initiative general manager Gael Surgenor says local government can play the most influential role when it comes to making real systemic shifts to the wellbeing of our communities.

“The work being done by the Healthy Families South Auckland team with HEA is helping Auckland Council to realise and maximise its potential in helping improve the health of the communities we serve. This type of work has shown that it is simple changes which can have long-term health outcomes for the future of our tamariki and demonstrates the positive impact that local government makes.”