Papatoetoe Food Hub giving back to the whenua 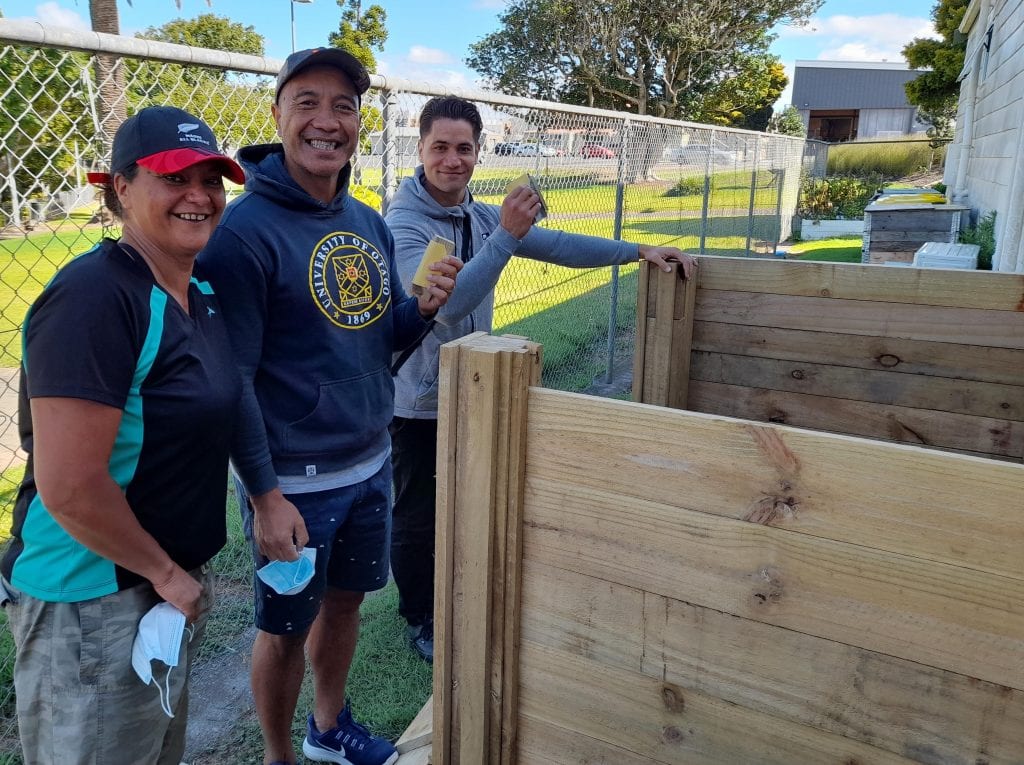 The Whenua to Whenua project is continuing to grow at the Papatoetoe Food Hub with support from the community, and a little bit of painting expertise from Healthy Families South Auckland.

The Whenua to Whenua project is an initiative started by the Food Hub. It is an onsite composting and recycle station that is designed to minimise waste while also being used as an example for the local community on how to replicate similar models at home.

“Since the Papatoetoe Food Hub opened in 2019 our aim has been not only to provide good and affordable food but also to have sustainable practices that can be easily implemented by the community, including zero waste,” says Food Hub director Raju Ramakrishna.

“We don’t want to see food or food waste going to a landfill so we have partnered with Papatoetoe New World to rescue any surplus food, mostly produce, and have been receiving assistance from Pacific Vision Aotearoa on how to run an effective composting system.”

“Currently we are composting around 100kgs of organic waste each week, which then becomes soil for our planter boxes to grow new produce.”

Healthy Families South Auckland and The Southern Initiative have been supporting the Food Hub since its inception with strategic and systems thinking and as a close partner of the kaupapa. They even held a team day in February to help sand and paint some newly built composting bins.

Healthy Families South Auckland manager George Makapatama admits while painting may not be a new line of work for the team, seeing the Food Hub flourish with its kaupapa is rewarding to the systems innovators who have supported the initiative from the start.

“It is great to see an initiative that we visualised and helped start back in 2018 is now creating initiatives of its own in order to address current issues within the local food system,” he says.

“This is a great example of a public, private and community partnership. And it would not have been where it is today without the three directors of the Papatoetoe Food Hub, Raju Ramakrishna, Waikare Komene and Michelle Potoru.”

“They have been continuously evolving the Hub to be a place not only of good food, but where to go to understand local food systems and how the community can change it for the better.”