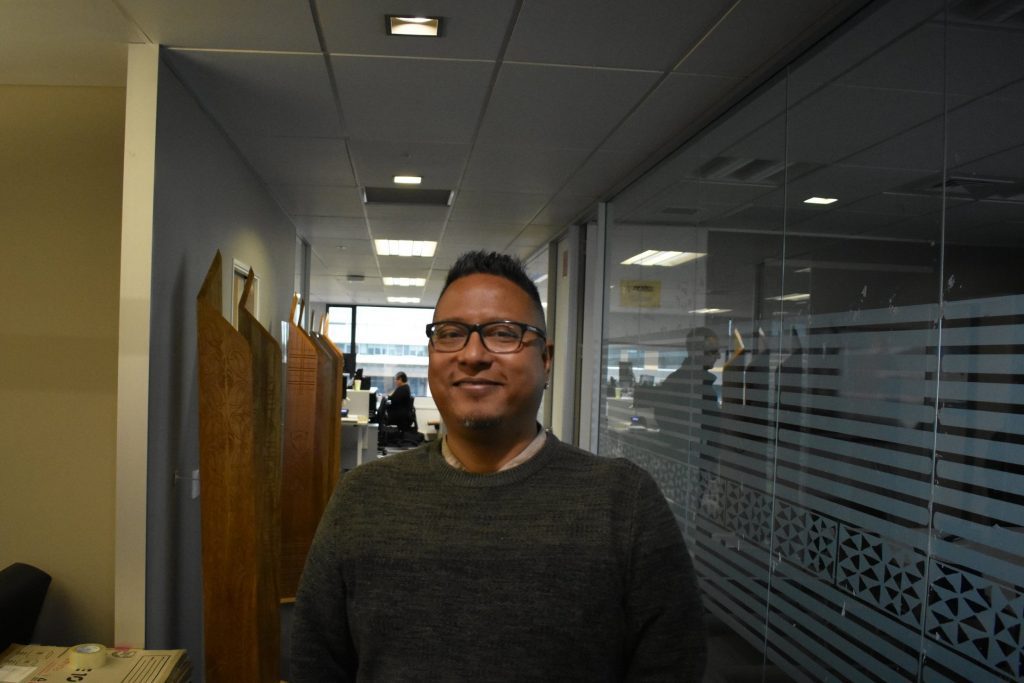 In September, Baruk Jacob stepped away from his role as Capability Lead for Healthy Families
South Auckland, ending a four-year stint with the team based at The Southern Initiative.

During that time he oversaw the building of team capability in Healthy Families South Auckland
when it came to strengthening and embedding the six conditions of systems change in its work
within Auckland Council.

Healthy Families South Auckland manager Winnie Hauraki says that Baruk’s support has
allowed their team to have a better understanding of what is needed to make effective, long-
term shifts for the betterment of South Auckland whānau and community.

“Baruk will always be part of the TSI and Healthy Families New Zealand whānau,” Winnie says.

“With his mentorship in our Niho Taniwha sessions, he has helped us to build our own thought
leadership and how we can influence the work of others within our own organisation or
communities. His support of those in our team, and those we work alongside, has seen
initiatives like the Healthy Environment Approach expand beyond its initial phase.”

Before Baruk left we asked him a few questions around building capability, metaphors and
systems change.

How have you seen your growth in the role as Capability Lead?

The first thing I would say is that my work here at Auckland Co-Design Lab, The Southern
Initiative and Healthy Families South Auckland helped confirm to me the importance of using a
combined approach of Mātauranga Māori, western knowledge and experience in our work,
when working towards outcomes for whānau, systems change, and strategic learning.

The other thing that really shifted for me in working in the space of co-design was my own view
of design.  The metaphors I use for explaining my work have transformed in my time here,
which shows a shift in my own mental models.

Around the time I joined, I had gone from thinking of our world in a mechanical sense to
thinking of it more as a garden. My main question was – how does Healthy Families South
Auckland create good conditions to grow things, rather than control things in an input/output
process?

Even in gardening you still have your input with a seed/idea which you water through certain
processes, but after that you have less control on what will happen.

Now as I leave I see design in the light of Polynesian wayfinding and being open to seeing the
signs of progress in distinct but related places. So in the context of systems change it means we
are looking for signs of all six conditions in our work from mental models to resource flow, not
just in one area  and declaring our job done.

Anyone who has attended your workshops will have heard you speak of  “the ocean teaching
you how to sail”. What do you mean by that and how it has impacted Healthy Families South
Auckland?

When I began working in whānau-centred design and innovation it became apparent that we
usually started off not knowing a lot about what we wanted to do. Sometimes you start trying
to move things to figure out what to do but that can send your work off on a wrong path, so
instead you need to reflect, identify the signs, and shift the direction of your journey.

Building that reflective muscle also enables the practice of empathy towards the system,
whānau and your own team. It can be a powerful driver of learning and change.

Healthy Families South Auckland has done that by using the Niho Taniwha tool which provided
them an ability to reflect on their work through the systems change lens.
Those sessions always allow the team to reflect deeply on what has been learnt through their
experiences and where it could be used in other areas of work. It also allowed a chance to
explore what changes the team’s work is having on systems and whānau, what they were
learning about these changes and how it could alter their own practices.

Most innovators only do evaluation and reporting, yet the reflective part of the practice is
something that can supercharge the work.

How do you see Healthy Families South Auckland and its kaupapa now compared to when
you first arrived in 2019?

When I joined the team, it was a group of high performing individuals who were wanting to
work closer together in the kaupapa but were still unsure of how to do that, or didn’t want to
step on anyone’s toes in doing so.

Now as I leave, it is a team that operates together and has a clear direction on what they are
trying to achieve in their kaupapa and how they are doing that in their initiatives within
Auckland Council.

The key reasons I think come down to the leaders they have had in George Makapatama and
now Winnie Hauraki,  as well as knowing when to make the most of an opportunity.

When the COVID pandemic started in early 2020, Healthy Families South Auckland used it as an
opportunity to build emotional and team capability at a time when we all needed it.

It is strange to say it but COVID helped get some of the clarity in their work because of the way
we started to open up and talk to one another, and understand one another.

And that actually led to drawing a line in the sand over what Healthy Families South Auckland
did as its work. For instance, it didn’t see food parcels being something that aligned with what
the team was trying to shift when it came to food security. It could have been easy to just react
but the strengthening of team capability allowed them to say this is our kaupapa and that isn’t.

Many groups and organisations are wanting to embed systems change into their work. What
do they need to focus on?

The biggest thing to think about when embedding systems change into an organisation’s
kaupapa is how can you play in all six areas of systems change and not just three or four.

When it comes to organisations using systems change in Aotearoa there is a focus on mostly
structural stuff like resource flow, practice and policy, and maybe there is more talk around the
mental models and relationships/connections space.

However the one space I feel New Zealanders should be looking at quite deliberately in an
analytical way is the power dynamics and how do we make make systematic shifts in the area
of power.

New Zealanders are somewhat wary of the word ‘power’ because they assume you’re talking
politics and the negative aspects which come with it. But power dynamics is very much in the
same space as relationships and connections. It is about building allies, especially those who
don’t, at first glance, seem to support your kaupapa.

The best example in Healthy Families South Auckland was when an initiative we support called
the Papatoetoe Food Hub decided to have a conversation with the local New World
supermarket around food systems and food security. It has grown into a partnership around
rescuing kai from the supermarket, simply because the Papatoetoe Food Hub went and asked
an organisation that some might assume wouldn’t buy in.

Power dynamics at its very best is when you step away from your tribe and go to another who
may challenge and ask uncomfortable questions, but can help you far more than anyone in your
tribe could.