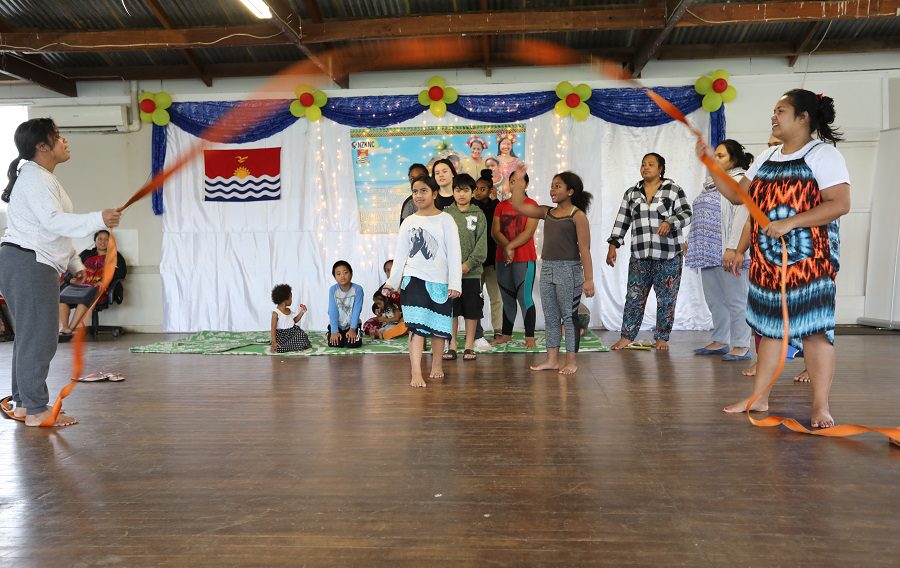 Healthy Family South Auckland (HFSA) has released its case study on the Village Games movement. The case study highlights the several barriers Pacific families in South Auckland face when finding compelling reasons to be physically active and the design-thinking solutions utilized to amplify the voices of our Pacific communities in being active.

We spoke with Pita Alatini (Lead Systems Innovator) at Healthy Families South Auckland about the significance of the Village Games case study for his work in South Auckland.

“The success of the Village games proves that our Pacific and Māori communities want to move, and are compelled to do so when their indigenous worldviews on health and wellbeing are considered,” he says.

“The Village Games was a movement, a statement, and a direct call-to-action. It presented a unique opportunity for the health, sporting and recreational sector to build a genuine and innovative partnership with communities who feel disempowered with its current approach. This will better identify and address the inequities in the sports sector and better inform best practice.”

“A huge shout out to my former colleagues Fila Fuamatu and Noel Edwards for leading the work in this space.” he says.

To encourage physical activity, HFSA partnered with community champions and activators to create online video resources that incorporate cultural knowledge and traditional games to uplift physical activity for Pacific and Māori communities. These resources included the Village Games and video series showing people how to play the traditional games and their value to people.

These resources were shared with community leaders with the aim of connecting to Pacific and Māori community organizations so people can learn the origins of their traditional games and how to play the games as well as highlighting the importance of passing on the traditional games for future generations.

The resources were well received, garnering thousands of views and engagement across a myriad of social media platforms. The Village Games movement brought together over 250 community participants from six different Pacific groups to share their traditional games and sports while simultaneously encouraging the uplift of physical activity and movement.

The successful prototype was not only an opportunity to share the lived experiences of participants like Mama Taiau but also provided a platform for people to see that language and culture for our rangatahi are unique aspects of traditional games and sports unlike modern sport in Aotearoa, New Zealand.

For more information about the Village Games movement email Pita.A@thecausecollective.org.nz or view the videos from the movement on Healthy Families South Auckland facebook.